After having the best fried chicken in Seoul at Kyochon Chicken, i am quite interested in what Singapore has to offer given the current Korean food craze. 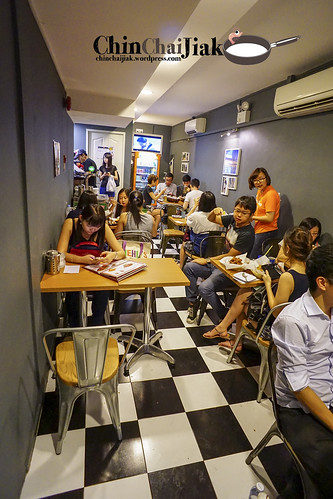 The seating capacity of Choo Choo Chicken is really small and can house up to only 26 diners. Payment method is only cash and NETS. 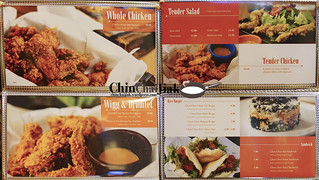 I ordered their chicken wings with two (Spicy / Soy) flavours and it cost S$29.90 nett for a total of 16 pieces of fried chicken. It’s good to be shared by two people. 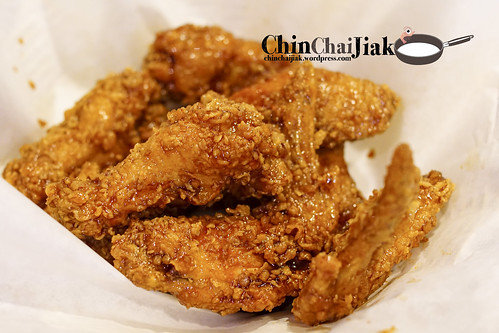 Their wings are fatter and fuller compare to Four Fingers and it’s juicer and not as dry. Choo Choo Chicken applies a rather generous coat of sauce on their succulent crispy wings and the meat tears off from the bones with little effort. 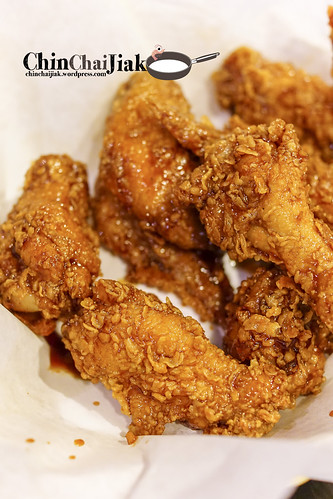 The soy flavour has a tinge of garlicky soy sauce fragrance. It’s lightly sweetened and the soy sauce doesn’t overpower the natural sweetness of the juicy wings.

If you like strong flavour and likes spicy stuff, you probably will like the spicy flavour more. It has a fiery zesty aroma but it’s taste less mild than it’s smell (at least to me cus i can take spicy stuff quite well). It has a good blend of sweet spicy sauce that is finger licking good. 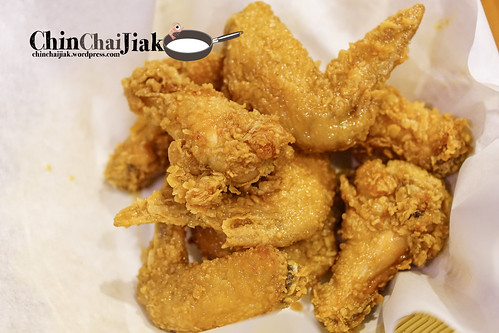 However, their wings are a little oily (and that’s what made it juicy) and it’s a little overly cloying. The first six wings are really enjoyable but it’s a little too much for at the eighth. I thought it will be good if Choo Choo Chicken has an option for twelve piece wings so that two person can have six pieces each instead of eight. 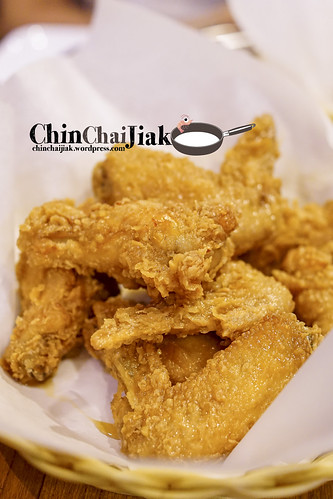 This dish is a decent surprise. I ordered this with little expectation but it’s actually quite satisfying. The idea is serving Korean rice patties mixed with Kimchi and a slice of Spam. The layer of salty Mayonaise complement the sour spicy Kimchi very well. 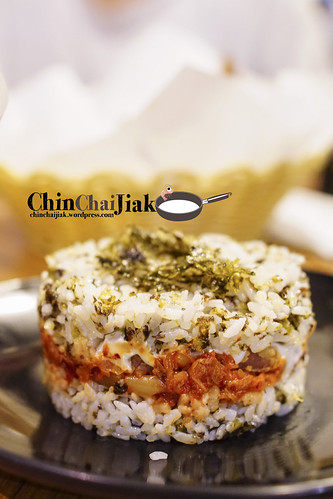 The rice is moist, well-flavoured with sesame oil and is mix in a generous portion of Korean Seaweed. Spam, which is very popular in Seoul, is also added to complete the final Korean touch. Love this unique dish of Choo Choo Chicken.

Choo Choo Chicken is serving some decent Korean fried chicken wings here. It’s authentically similar to those that i had in Seoul and the quality is not lacking either. The biggest drawback, in my opinion, is their price. Let’s take a quick comparison: 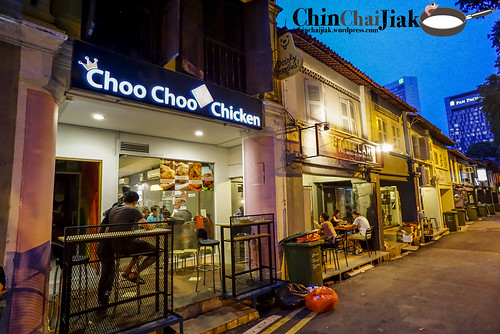 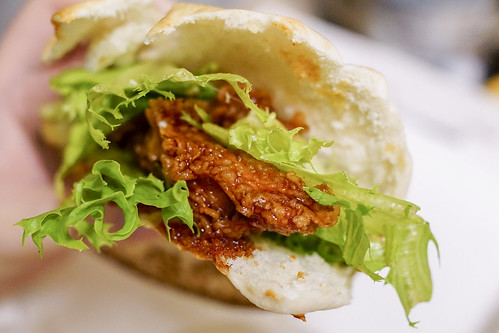 Probably it’s not something that I can eat on a regular basis due to it’s price and calorie count, but it’s worth the visit for the taste of authentic Korean Fried Chicken.