If you have never heard of Tai Lei Loi Kei, they originated from an island, Taipa, in Macau and they are very well known for their pork chop bun. They have a humble beginning when they  opened for business at Taipa in year 1960 and started by selling plain Piglet Bun. Back then, business was quite not very ideal, as the ferry is the only mode of transport from the main Macau island. In year 1970, business picked up during and after the construction of the bridge connecting the Taipa to Macau. 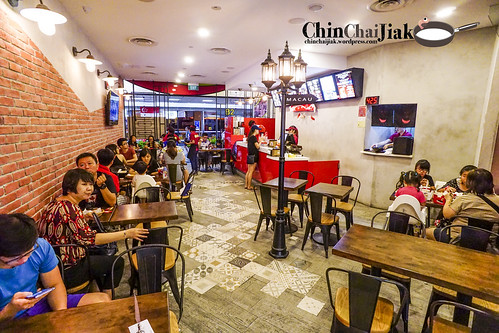 During this time, a local chef suggested to the lady boss then, to consider adding in a slice of pork chop into the bun and also imparted some knowledge on preparing pork chop using Portuguese-style cooking method. The lady boss also consulted various chefs on how to improve her recipe. This is the turning point of Tai Lei Loi Kei and many specially travelled from the main island to Taipa just for their pork chop bun. In Dec 2014, Tai Lei Loi Kei opened it’s first brand in Singapore at Serangoon Nex. 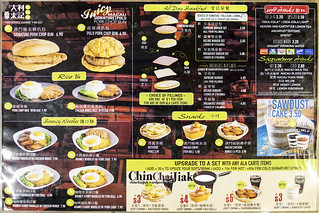 It’s situated at B2 of Serangoon Nex and they have adopted a fast food restaurant operating model. They serve a variety of main courses involving pork chop such as pork chop bun, noodle and rice.

Tai Lei Loi Kei is famous for its pork chop bun and is branded as their must-try dish. I ordered their bun ($6.90) with two add-ons at $1 each for a piece of luncheon meat and an egg. I also topped up $4.00 for a set meal that comes with an ice milk tea and a bowl of curry fish ball. All in all, the meal cost me $12.90. 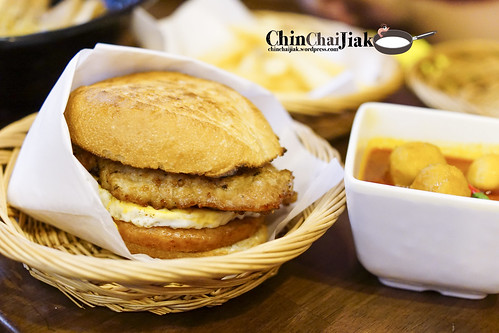 The portion of the pork chop bun is quite well-sized. The pork chop is rather thick and is sandwiched between two pieces of well toasted crispy bun. I was actually quite surprise because  some reviews online mentioned that the bread is plain average but I thought the bun is pretty good. 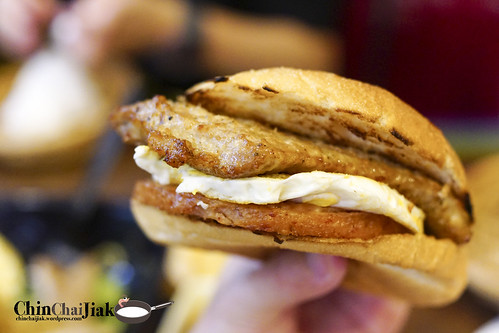 The pork chop has an expectedly tender texture and with a light crisp on the outside. At first bite, it doesn’t taste fantastic but it gets better after each bite. The pork chop is moderately marinated and not overly salty so it’s quite enjoyable to the last bite, especially when it’s served with an add slice of luncheon meat. However, I thought the egg add-on didn’t do the pork chop bun much favour. If only they can change the sunny side up to the Chinese Pan-fried Scrambled Egg.

The curry fish ball actually taste quite different from those that i had in Hong Kong. The curry is definitely sweeter, although it’s not necessary bad. The texture is an in-between of Singapore’s bouncy fish ball and Hong Kong’s chewy version. Overall I think this is not fantastic, but not bad either and i manage to finish the fish ball with no difficulty. 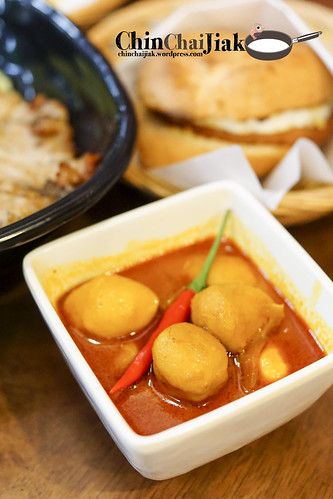 The pork chop taste exactly like the one in the pork chop bun so I am not going to write about it again. As for the noodle, it’s quite disappointing. I was expecting the noodle to be more flavourful but it’s quite bland, with only a tinge of fragrance of the spices found in the Chinese Braised Sauce. I didn’t manage to finish the noodle. 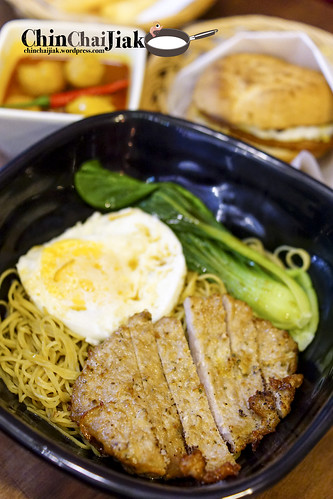 $6.90 for a pork chop bun (a pork chop and bun and nothing else) is not exactly affordable considering it’s a fast food dining environment. I could have a full meal in most fast food chains in Singapore. In term of taste, i think this pork chop bun is pretty not bad in term of Singapore standard and indeed it’s one of the better one around. You can pay a visit to Tai Lei Loi Kei If you don’t mind paying abit more for a branded and a rather satisfying pork chop bun. 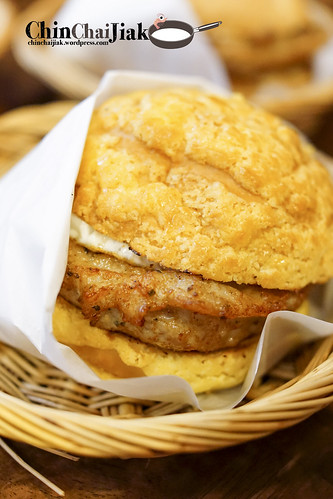 If you compare this to the some that i had in Hong Kong, Tai Lei Loi Kei’s pork chop bun stood out for it’s size and satisfaction but loses out for it’s value for money and to a certain extend, taste. 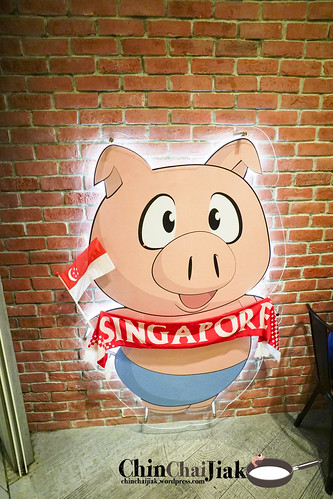 Lastly, I really think that Tai Lei Loi Kei should rethink about their branding because this english name is so difficult to remember (or even pronounce for non cantonese speaking people) and people probably end up calling this place the Macau Pork Chop Bun place at Nex.