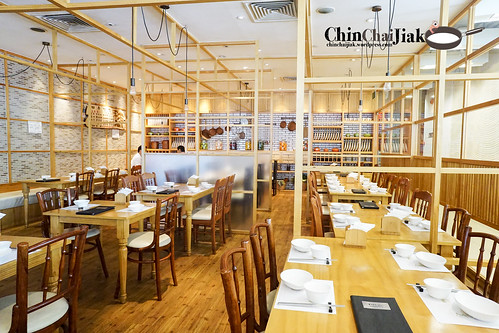 Tae Woo Korean Restaurant is situated at level 3 of The Central Clarke Quay, just above TCC. Tae Woo actually has quite a reputation among the Singapore Korean community due to it’s authentic Korean taste. This place is not crowded most of the time, but I’m bound to see Korean speaking patrons whenever I visit this place. There isn’t any hot stone rice, Korean BBQ and there’s also no Army Stew on their menu. What they are offering are more of a typical Chinese Korean menu like Jajangmyeon, Seafood Noodle (Jjamppong), Sweet and Sour Pork (Tangsuyuk) and Gyoja.

At $12.00, i consider this as reasonably priced. I really like the texture of their handmade noodle. It’s rather chewy, a little soft but not to the extend of soggy. The Jajang is not starchy and not overly watery but with just the right thickness that clings to every strand of noodle. The sweetness of their bean paste sauce mainly come from the cubes of meat and the onions, which is cooked till melty soft. The slight greasy Jajang is smooth and really enjoyable. 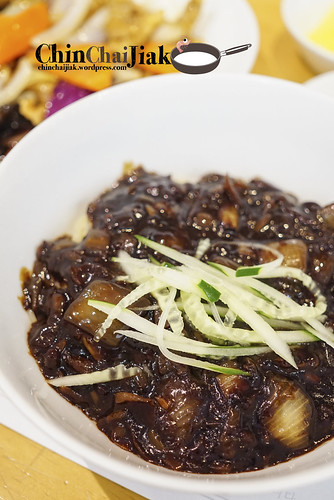 For people that like it salty, you can stir in the separate plate of their Chunjang. Comparing to the Jajangmyeon that I had in Singapore, Taewoo’s is easily the best that i had and it is very very similar to the one in Seoul (read more about Andongjang, the oldest Korean Chinese restaurant in Seoul). 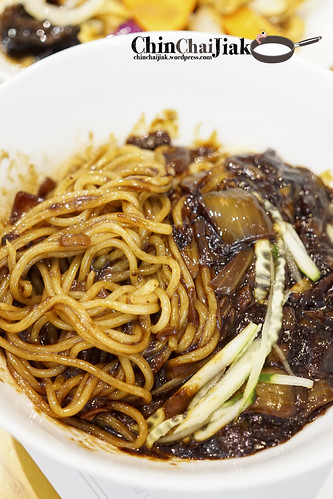 Tangsuyuk is another very popular Chinese dish in Korea. It translate directly to Sweet & Vinegar Pork (糖醋肉). The idea is very similar to our Singapore’s sweet and sour pork, whereby pork is portioned into bite size, breaded and fried, and tossed in a sweet sour sauce. There’s no pineapple, but these stripes of pork is tossed into a mix of onion, carrot and black fungus and the sour taste mainly come from white vinegar. Unlike our Singapore style sweet sour pork, there is traces of ginger taste in the breading. 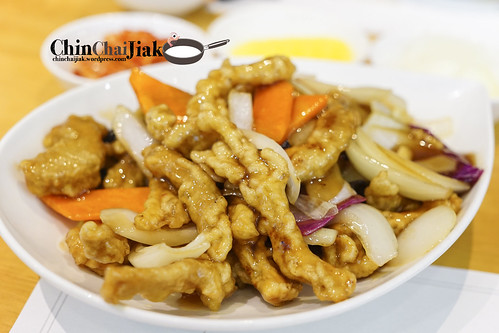 It is quite good when it’s served and it’s a pity that the sweet vinegar sauce is a little too much and the crispy pork strips got soaked and became soggy after a while. I personally still think that cutting pork into cubes give a better texture than strips. For the price of $26 and for it’s portion, I would prefer our Singapore style sweet and sour pork. 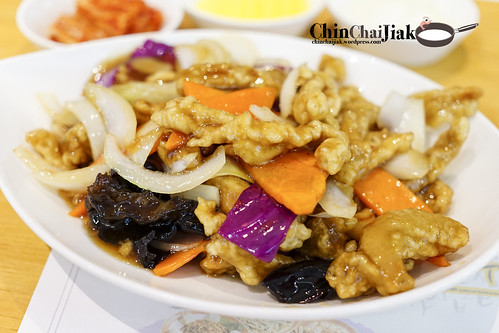 Chapchae can be served as both main course and side dish. In this case, it’s served together with a portion of rice as Japchae Bap. It is freshly stir fried and served steaming hot. Apart from the usual ingredient carrot and onion, Taewoo’s version is a more luxurious version with added slices of pork, black fungus and green pepper. 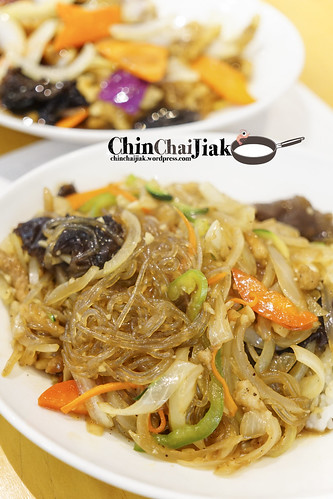 This Japchae is slightly peppery and is full of sesame oil fragrance. Unlike the side dish version of Japchae where it’s cold, drier with a bouncy texture, this is served hot, moist and soft. It also comes as a surprise as I didn’t realise that Japchae actually goes pretty well with white rice. I have no complain on this Japchae and in fact it’s pretty good! 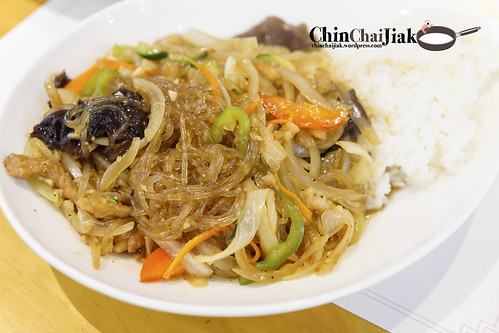 At a glance of the menu, i wouldn’t use the word affordable to describe the price tag of the dishes. Among them, their Jajangmyeon should be the most reasonably priced and sometimes I will visit Taewoo just for that when I’m having craving for some authentic Korean Jajangmyeon. 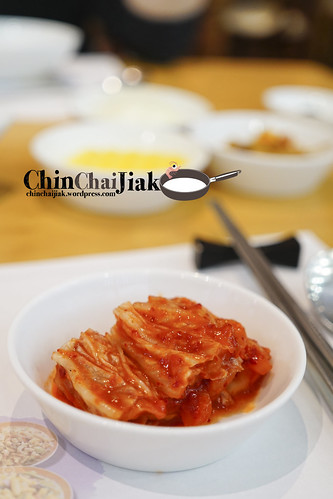 Taewoo is a hidden gem at The Central and there’s not much crowd here and I like the fact that i can always get a table immediately. I wouldn’t recommend to start a feast at Taewoo as it might cost you a bomb. I do recommend their Jajangmyeon very much, and probably try out the other dishes, one new dish per visit.