First of all, a very great thank you to TheSmartLocal for the invitation to the makan session and a great thanks to Beer Market (Chef Steven and Operation Manager Charlie) for hosting us. It was a crazy rush during lunch hour but it is a great session. It’s nice meeting up with Bryan from TheSmartLocal, Tony from JohorKaki, Melicacy and Bon Koh from sethlui.com.

Beer Market  had been around for a couple of years at Clarke Quay for and I remembered them most for their fluctuating beer price accordance to their  BMX (Beer Market Index). The price of their beer changes according to demand. If a certain brew is not ordered in the last 30 minutes, the price of this beer will drop, and on the other hand, if it’s really popular, the price will go up.

Keep observing their TV screen for the best-priced beer and general guide is – Buy Low, Drink High. And this is possibly the only place in Singapore where one prays for a market crash. 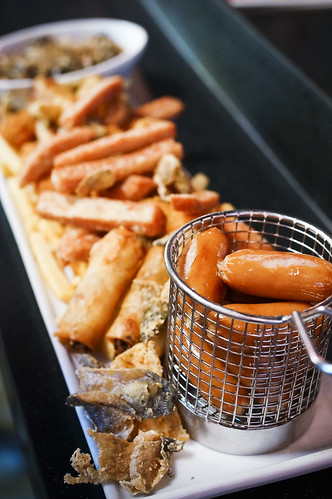 Apart from their atypical manly beer, Beer Market also offers fruit beer like North Taiwan Lychee Beer, Fruli Strawberry Bee and Matso Mango Beer. They just launched a new menu in March 2014, which they have some interesting items that incorporate a local twist such as salted egg seafood pizza and chicken rice pizza and seafood in shooter glass dunked in beer. 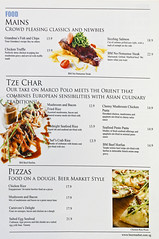 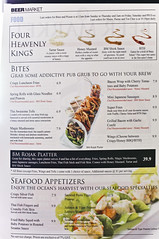 Among the cuts for steaks, ribeye is the highly sought after cut. It is more marbled comparing to other cuts and the fat breaks down in the process of grilling which gives the steak a delightful texture and taste.a 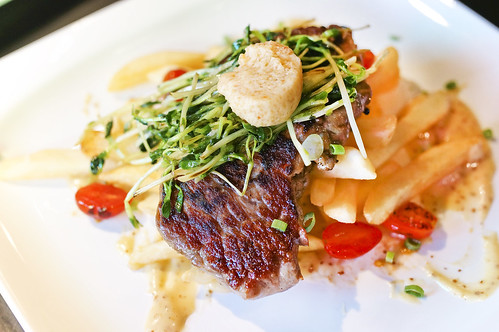 The description of their no-nonsense steak ($22.90+) reads “Marinated. Grilled. Marbled Beef. We know what you want” . I wasn’t expecting much from a steak that did not mention the type and cut of the steak despite of how they described their steak on the menu.

But in fact, there are indeed traces of marbled texture in their No-Nonsense Steak and that comes as a delight for me. The exterior of the steak is grilled to moderately crisp and slightly charred for a delectable appearance while the steak remains moist and tender inside. The chef specifically mentioned that the steak is to go with their butter. Hopefully steak of similar quality can be served to every patrons in Beer Market and not a one-off thing. 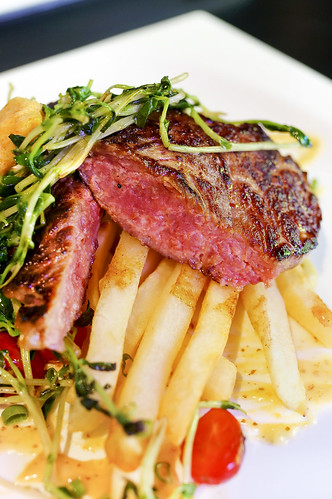 I thought that the main lead of this dish is not the chicken chop but for it’s sauce and truffle oil sprinkled mash potatoes. Beer market is considerably generous with the amount of truffle oil used on this dish. The chop taste very proper, tender, nice, like how a chicken chop should be. The portion of mash potato is drenched in a good volume of mushroom gravy and ensures you have enough sauce to last you to the last mouthful of mash potatoe. The price is pretty reasonable at 15.90+. 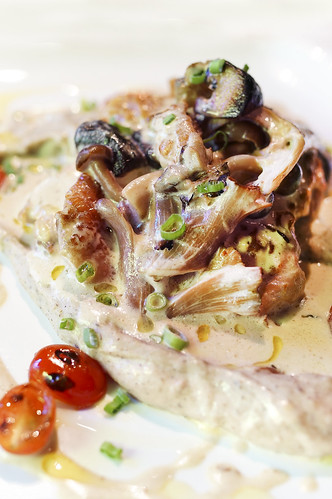 I have no complain for their chicken chop, except the presentation can be better. I can’t even spot the chicken chop easily when it’s served. It’s all covered by sauce, mushroom, onions and it’s like all mashed up.

It cost $22.50 for a bottle of Tiger Radler with six glasses of Shooters (2 prawn, 2 salmon and 2 Crab meat). Tiger Radler (with only 2% alcohol) is then added into the glass to be consumed together. Tiger Radler taste more sweet with a tinge of lemon and I suppose that is why Beer Market decided to pair it with food instead of regular beer, which is evidently much more bitter. 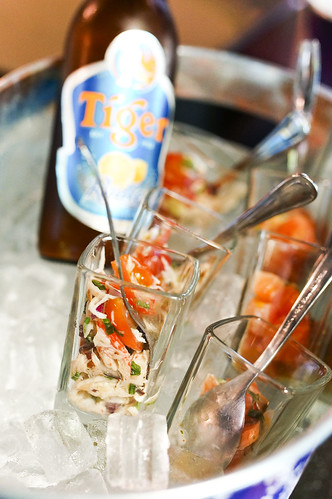 Generally the Tiger Radler adds a refreshing bitter lemon taste into the three kinds of seafood shooters.  It works very well with salmon sashimi, OK with the prawn with cucumber and not as good for the shredded crab meat and tomato. 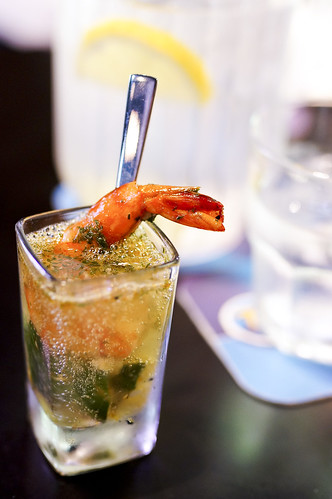 The taste of beer and lemon overpowered the thinly shredded crab meat and I can’t taste too much of the crab. The cold tiger prawn is good. It’s really fresh and juicy.

The quality of Salmon is not bad. It’s rather fatty with a distinct fragrance of the salmon fat.  The salmon sashimi is lightly marinated in orange juice and whiskey and it goes well with the slightly sour lemon beer. 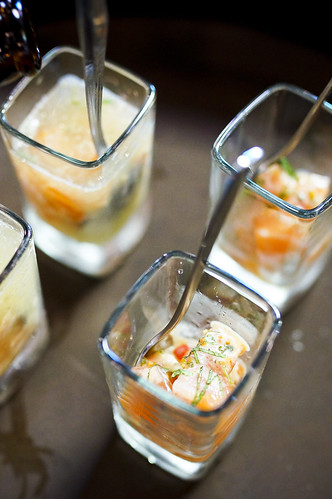 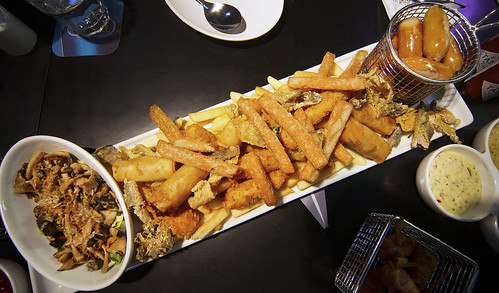 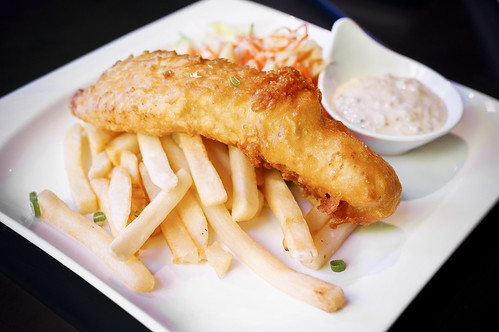 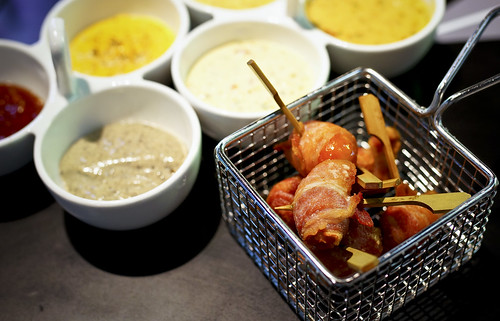 I had to rush off after their main course and didn’t get to savour their chicken rice pizza (i thought that will be pretty interesting though).

The first thing I noticed about Beer Market’s menu is for it’s price. It looks pretty reasonable comparing to food price of some other bars. The food quality is decent and I like their steak the best among all.

I also like how well-spaced the tables are and won’t really feel all cramped up. It’s a rather good place for colleagues to chill (i had my colleague’s farewell dinner there previously) and to de-stress after a hard day at work. And daily live band? Yeap, that should works for me too.