Bread Street Kitchen by Gordon Ramsay in Singapore is it’s fifth branches, with it’s first branch being at Bread Street in London. Everyone knows about Gordon Ramsay but obviously he will not be the chef of this restaurant. This branch is headed by Chef Sabrina Stillhart, who had worked in London, the original Bread Street branch. 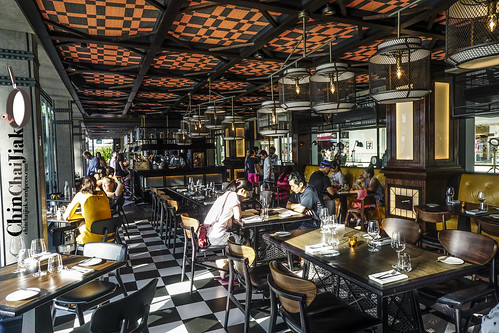 It’s situated at Level 1 of the Shoppes at Marina Bay Sands that is at the far end of the mall that is nearer to Raffles Place. The restaurant offers a good view of our Marina Bay and definitely a good spot to catch a some firework actions at the comfort of your seat in the restaurant during this National Day period. 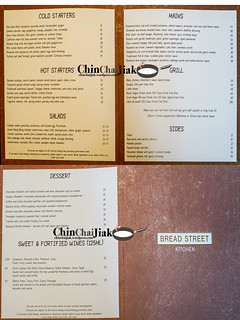 I was a bit caught unaware when the waitress asked for the doneness of my Pork Chop so I went for the safe option of medium well. After doing some research, I come to know that Pork Chop indeed can be served in different doneness but unlike beef, medium is the rawest you can go. 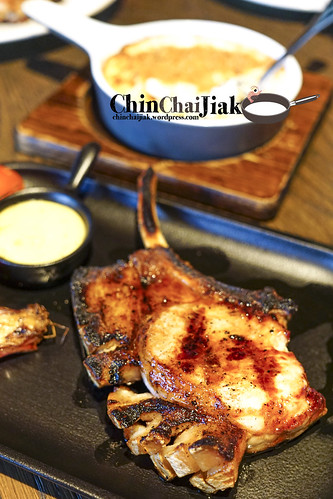 This dish does not come with a side dish and this slab of meat cost me about $51.50 nett. For a pork chop standard, the Bread Street Kitchen one is pretty succulent and tender. It’s well grilled and lightly flavoured with salt and pepper and part of the surface is grilled to char for a delightful flavour. The slab of meat also comes with a cut of the pig’s skin. However i’m not too impressed cus the grilled skin is a little greasy. Taste wise, it’s pretty decent but the price wise, I wouldn’t consider it as value for money. 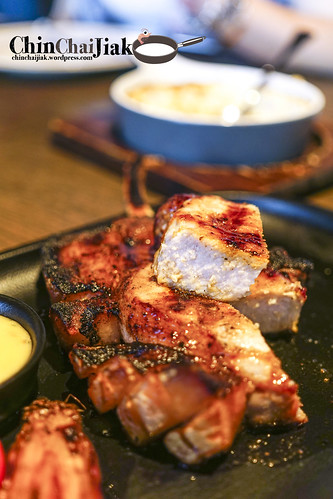 This is one of the most affordable dishes at Bread Street Kitchen, at about $40 nett for a baby chicken, with no side dishes as well. No doubt this chicken is indeed tender, i think there’s nothing too fancy about it. Just some good old grilled chicken. For the Chimichurri sauce, it’s a sauce originated from Argentina that is specially paired with grilled meat. It is made of finely-chopped parsley, minced garlic, olive oil, oregano, and white vinegar. Although the tangy kick is quite interesting when it’s paired with the grilled Chicken, the star of the show, the grilled chicken is still only decent. I would say there is still plenty of room to justify for it’s price tag. 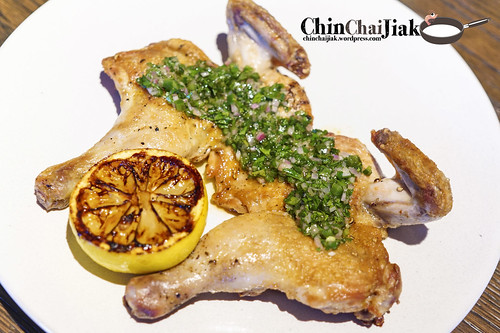 This is actually my favourite savoury dish of the day and it cost about $18 nett. I like the strong cheese flavour and the good creamy texture. The Macoroni is soft, freshly baked and cheese-infused. It’s a pity that portion wise, it’s barely good enough for one pax. 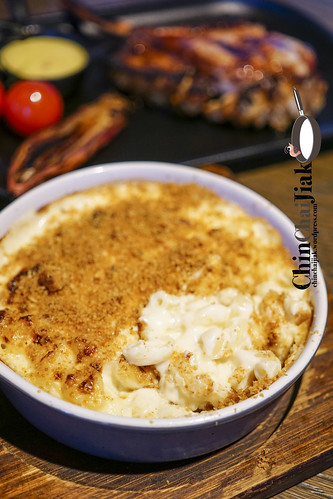 Parfait refers to a frozen dessert made from a base of sugar syrup, egg, and cream. The cream is very well done, with just the right creamy texture and level of sweetness. The add-on of the coffee crumbles added another tinge of fragrance to the already delightful cream layer. I would say I rather enjoyed this dessert. 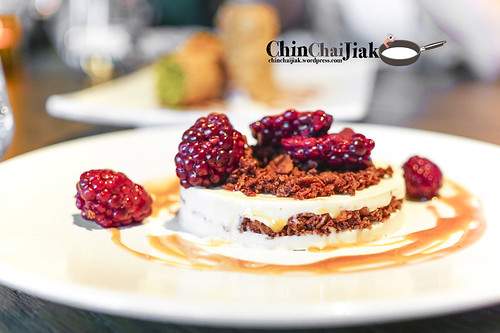 Cannoli is a kind of tube-shape fried pasty filled with a sweet creamy filling. The ricotta cheese cream was not what I expected. It has a grainy texture, which i personally prefers something smoother. 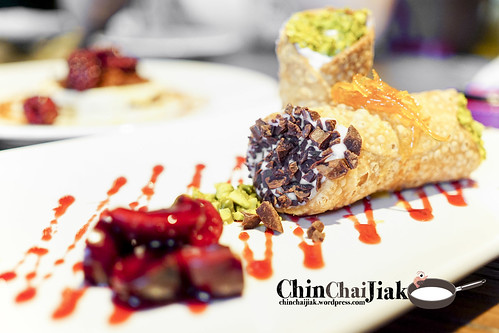 It’s moderately sweet with a very mild taste of cheese. If only the cheese flavour can be stronger. I think this is pale in comparison to the Parfait dessert. Not the most enjoyable dessert that i had. 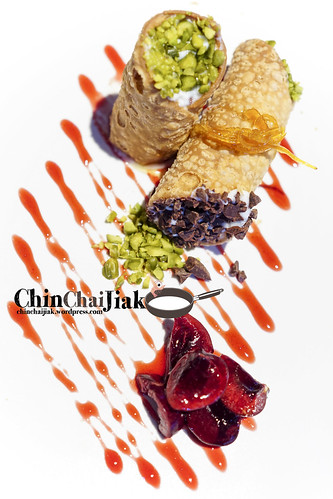 At a glance, the main course doesn’t seems too pricey for a MBS-celebrity-chef-owned restaurant. However if you think about it, the main course does not come with a side, and a portion of fries cost $12++. My grilled baby chicken would be about $54 nett with a side dish. Honestly, with the price that i pay, the meal was not as satisfying as expected. 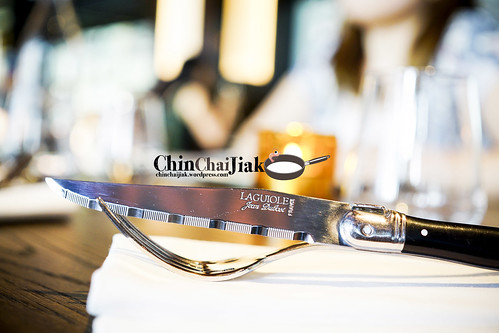 Taste wise, on the contuary to many online reviews saying how cannot make it the main courses are, I feel that the dishes are skillfully prepared, just that they are unable to justify it’s price tag. Some of the sauces used are actually quite brilliant and it’s something i’d never tried before but it’s just not catered to our local’s taste bud. For example, we don’t normally pair our pork chop with sourish Bearnaise sauce, which is a mix of Egg Yolk, Butter and White Wine Vinegar. 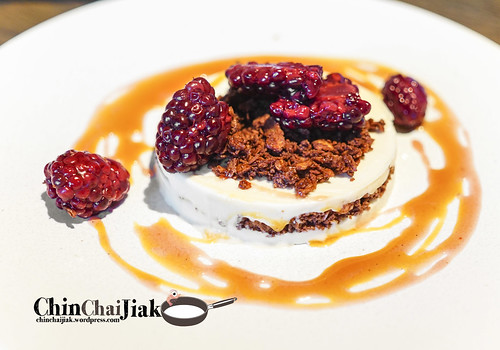 If you ask me, will I visit Bread Street Kitchen very soon? Once is quite enough for the hype i think. I still very much enjoy my non-celebrity, affordable and most importantly, satisfying restaurant meals. I don’t think much can be done in term of pricing, however in order to attract crowd to return, I think there’s still some fine tuning to suit the taste bud of our locals.