The first thing you will notice about Capital Cafe is their walls are decorated with giant signed posters of various Hong Kong stars congratulating them on their opening. If you wonder why, Capital Cafe was opened by the ex-management of a Record Company, Capital Artists (華星唱片). 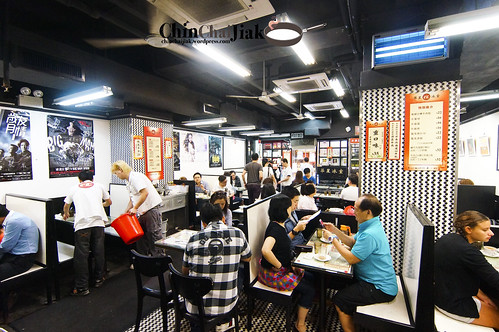 On the left wall, lots of signed giant posters are hang up including stars from the “Young and Dangerous”

Capital Cafe started their business back in 2010 and is popular since then. Many praised Capital for it’s good service and it was said that Capital Cafe is one of Eason Chan’s favourite hangout.

Capital Cafe’s success came from mimicking the operating model of a very successful Cafe, Australia Dairy Company (Click to see review). They admitted that they are copying Australia Company openly and envisioned to be like them – to sell quality food at an affordable price. 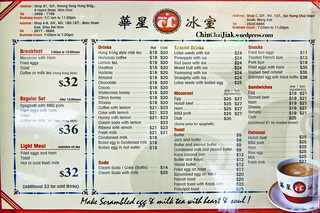 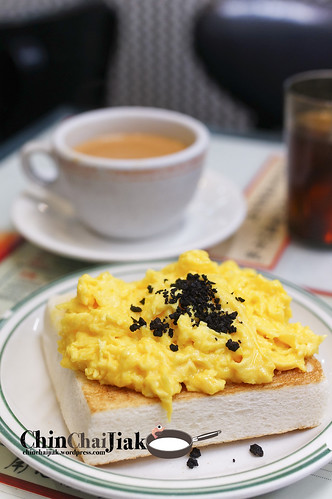 However, Capital Cafe up their ante by dishing out a black truffle version. But the price don’t come cheap as it cost a HK$38 (S$6.30) for egg and toast. I find satisfaction in savoring this smooth creamy scrambled egg that is infused by the slightly pungent (in a good way) black truffle. This is definitely something worth trying in Hong Kong. 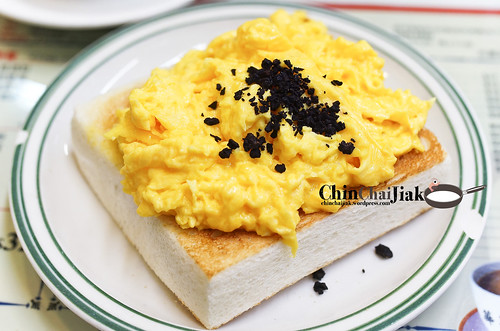 Apart from the traditional dishes of a Hong Kong Style cafe, Capital offers new fusion dishes that seems to target and appeal to youngsters. The black truffle scrambled egg is one and the Devil’s Pork Chop Bun is another. Instead of the ordinary mayonnaise, they added wasabe into their mayonnaise to make it more more interesting and giving it more “punch”.

I thought it taste very proper. Not awful, not fantastic. Their pork chop is lightly breaded and it goes very well with the wasabe mayonnaise. 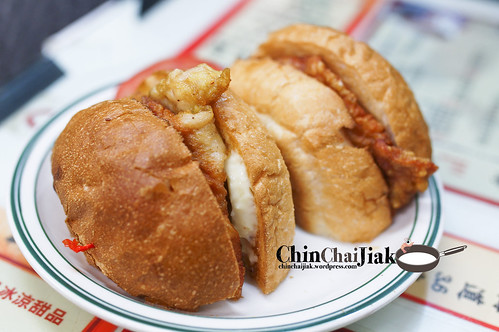 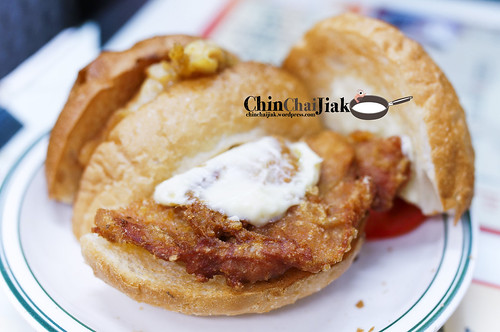 Capital Cafe also offers another interesting dish known as the principal toast (校长多士). They pledge that the price will remain at HK$25 every year. The story behind this toast is actually a tribute to a Hong Kong Star Alan Tam (谭咏麟) whose nick name is Principal Tam (譚校長). Alan Tam always cheekily says that he is forever 25 years old and this toast that forever cost $25 is a tribute to him.

Capital Cafe actually label it as “Toasted French Bun” in their menu. Piglet Bun is actually a short version of French Loaf and it got this name due to the shape of the bun. I like the generous amount of butter spread on the loaf and toasted to crisp. Moreover what can go wrong with applying condense milk onto a toast? 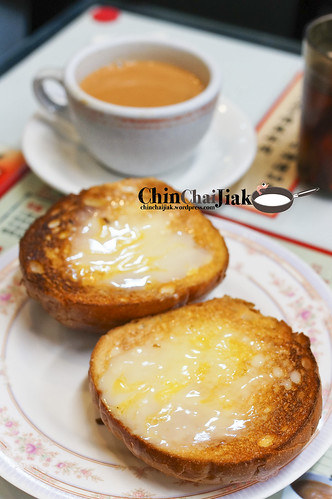 I happen to come across Capital Cafe from an article of DanielFoodDiary and decided to pay a visit. Wan Chai is only two stops away from my hotel and Capital Cafe opens really early so naturally it became my ideal breakfast place. Note that it’s a short walk from Wan Chai Station. 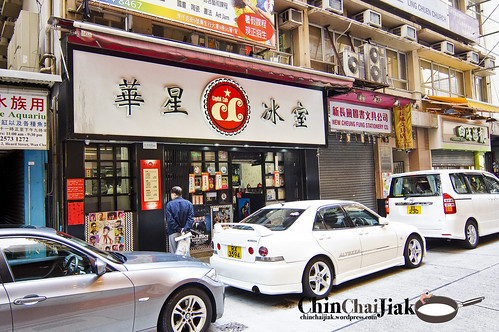 I visited Capital twice in the morning at about 8 and 9 am and there is no monstrous queue like Australia Dairy Company and in fact, I got a table immediately. I didn’t encounter the fantastic service that people talked about (it’s just normal) but I favour the food rather much, only the price is slightly more expensive than Australia Dairy.

I feel that it is a good alternative of Australia Dairy when you don’t feel like queuing for an extended period of time for a meal. To end this, I am quoting from Eason Chan’s Weibo – “来香港，沒去过华星冰室，就等同白來”. It translates to “It is a wasted trip to Hong Kong if you never been to Capital Cafe”.

1. Come out from Wan Chai Station A4

2. Walk against the traffic and walk along Henessy Road

3. Keep walking for about 5 to 8 minutes

4. Keep a look out for a petrol station on your right. It’s about time to turn.

5. You should be able to see Heard Street. Turn in to the right and walk for about 30 seconds and it’s on your left. 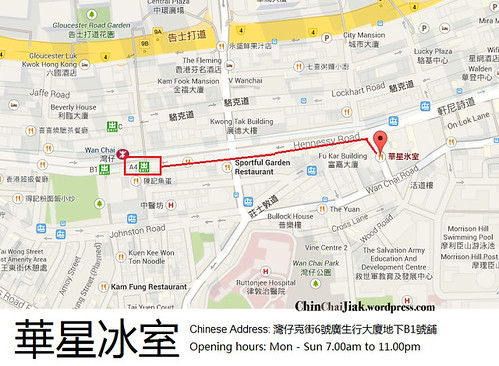