Penang Kia Opening hours: Tue to Sun 10am – 8pm (or till sold out), Closed on Mon

Both stalls are situated in a Coffee Shop at 205D Compassvale Lane. It’s not easy to find good food at Sengkang but you can find two pretty decent one in the same coffee below a multi-storey carpark.

Poh Kee is a very well known Satay stall at the North-East region. It was previously at a coffee shop that is near Nakhon Kitchen and it moved to Sengkang a couple of months ago. During dinner time, a 30 minutes wait for Poh Kee’s satay is a norm, even at such ulu neighbourhood coffee shop. This stall is manage by a Chinese lady, easily identified by her super curly hairstyle. Poh Kee is a Chinese-Style Satay stall that offers Pork, Chicken and Mutton satay. There are two things I really like about this satay – their peanut dipping sauce and pork satay. 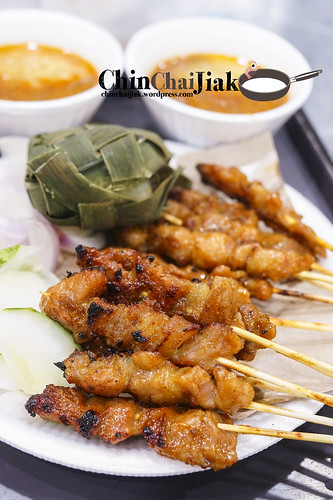 Poh Kee added grinded pineapple into their dipping sauce that adds on a little tinge of sour and pineapple fragrance to it. The peanut sauce is really smooth, not overly thick or cloying. It doesn’t taste greasy and not overly sweet.

The highlight of the meal is the pork satay. Poh Kee uses Pork Belly cut for their Chinese-Style Satay.  Apart from the well-marinated meat and the skillfully grilled texture, the best part is fatty part of the pork belly. 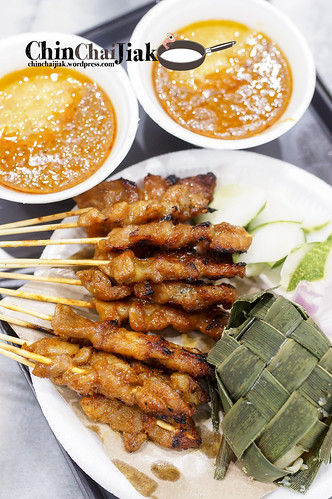 Due to the grilling over Charcoal Fire, the fiber in the fat breaks down resulting in an almost-melt-in-your-mouth texture. Each mouth is filled with the grilled pork fragrance.  Definitely my favourite choice among the three. I consider the Chicken satay as more ordinary comparing to the pork satay. At $0.60 a stick, it is not exactly economical (they are selling $0.50 a stick before they move), but I do visit Poh Kee for their pork satay for occasional sinful indulgence. 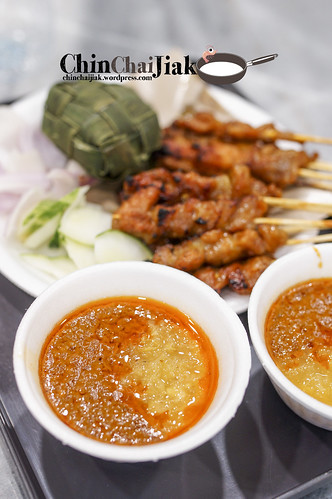 Malaysian-style dishes are becoming more popular in Singapore as they are slowly introduced into our Singapore food community and Penang Kia is one such stall that offers authentic Penang-style dish. Penang Kia serves a kind of prawn noodle that is similar to one of Penang’s most popular dishes,  Penang Hokkien Hay Mee, as their signature dish.  Don’t mix this up with Hokkien Char Hay Mee (Stir Fry Prawn Noodle). The prawn broth plays a critical role for the Penang Style Hokkien Hay Mee. 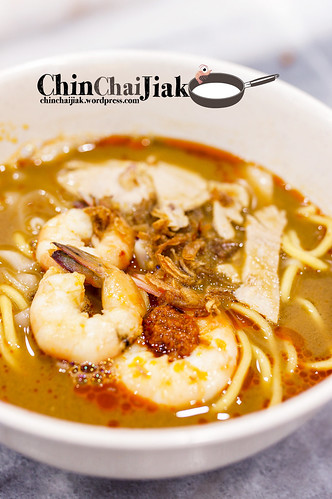 Penang Kia had changed their menu a couple of times and the most recent addition is the big prawn noodle at $5.50. Their signature dish still remains as the prawn noodle soup at the cheaper $3.50. I actually had this a couple of times and the standard fluctuates. They used to use shrimp instead of prawn and at one point of time the shrimp is kept for an extended period of time until the texture turned powdery. Recently,  they got back the standard and had a constant crowd during meal time. 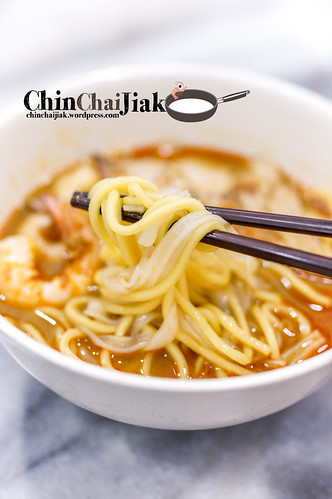 Penang Kia’s prawn noodle is served with crunchy bean sprouts, peeled prawns with meat laid on top and complete with fried shallot, chilli and chilli oil. The soup is robust and full bodied without an overly strong prawn taste. The sweet tasting broth is definitely the highlight of the dish. If you can take spicy stuff, then go for their chilli version that adds on a shiok factor to the soup. 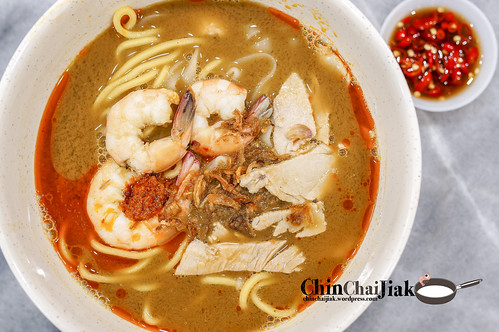 I think so far the best combi to go with their soup is Kway Teow Noodle with the smooth Kway Teow absorbing the broth with the noodle adding a chewy texture.

Sengkang is still considered a relatively new neighbourhood with little exciting choice for good food. With more youngsters and food lovers moving into Sengkang/Punggol area, i hope business owner can see the potential in it and start moving their business into this new district. Poh Kee Satay and Penang Kia is a good addition for Sengkang food lovers and i hope it’s only the beginning of the revolution.