Hoshino Coffee opened it’s first shop at Japan in March 2011 and had been widely popular since then. Till date, they had expanded to more than a hundred shops in Japan. Their first overseas franchise store opened it’s door for business in Singapore at year 2012. Among the restaurants at Plaza Singapura, Hoshino Coffee has one of the longest queues and is always full house during meal time. Their dessert stood out among the menus and the two most popular desserts are the souffle and the french toast. I visited Hoshino a couple of times and here is my consolidated review. 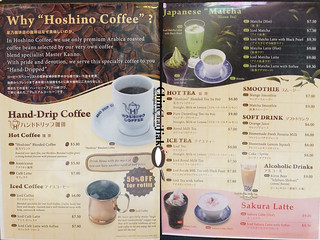 As the name suggest, the linguine is served in a creamy lobster bisque base with added cheese, topped with fat prawns and small cubes of mushroom. The tomato base sauce is not too heavy as I thought it and has a sweet and light crustacean aftertaste. They are quite generous with the portion of pasta, as well as the bisque. Some tomato base pasta is good initially but it kind of get too cloying overtime. 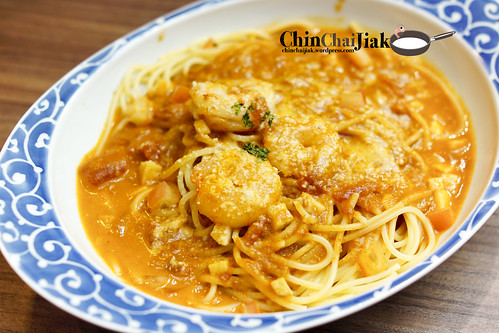 For Hoshino’s lobster bisque paste, the flavour is just right and despite the big portion, i find that finishing the whole portion is not a difficult task. This dish is not fantastic, but not bad. At least it’s worth my second try. 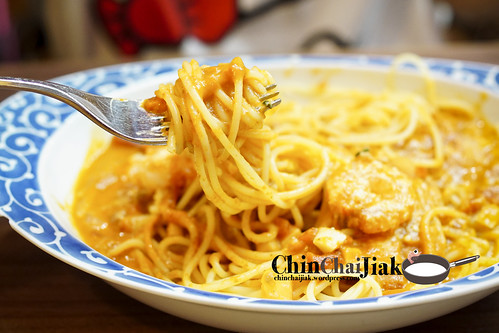 Among the limited choice of main courses, this baked curry rice is my favourite. Nothing beats a portion of rice, baked in Japanese curry meat sauce, and accompanied by molten egg yolk and melted cheese. 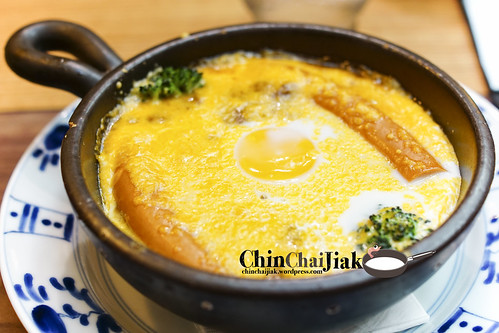 For some, this combination may be a little too much but for people like me who very much has a liking in strong flavour, i enjoyed this very much. 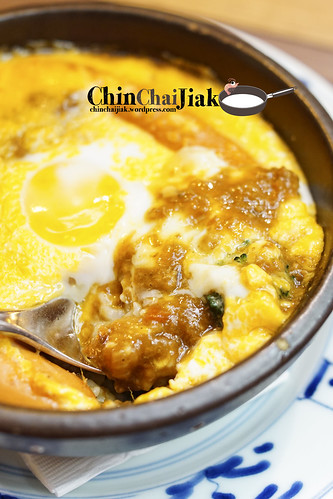 This curry is a little spicier than a typical sweet Japanese curry and i love the rich aromatic curry fragrance. I think the right way to enjoy this is to stir in the egg yolk and melted cheese within the hot pan and gobble it together with the curry infused rice. Shiok. 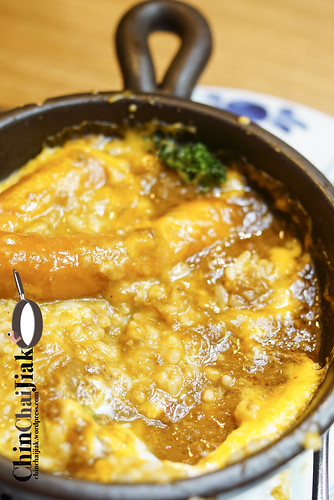 A souffle is a lightly baked cake that is made up of two main ingredients – eggs and flour. The puffed up cake is served fresh from oven and therefore a minimum waiting time of 15 minutes is required. I think that the soft fluffy texture is excellent but taste wise, it is like a less sweet version of our Singapore’s steamed sponge cake (鸡蛋糕). 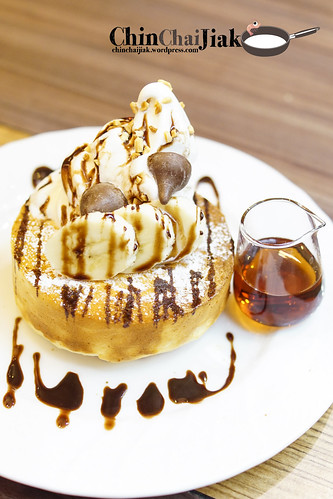 I’m not saying it’s a bad thing to taste like steamed sponge cake but it’s just that the price tag is a little too high for such quality. Apart from the cake, the milky soft serve is much to my delight and goes perfectly with the lightly sweetened cake. The texture of this souffle is a 9/10 but taste wise is only a 6/10 in my opinion. 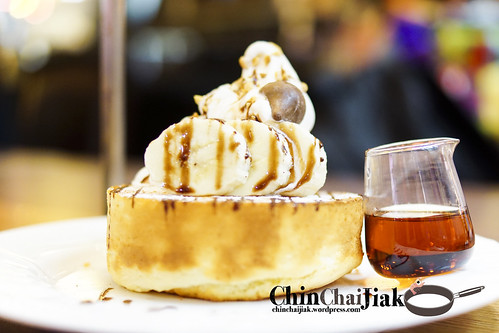 This french toast doesn’t come with a cheap price tag either, but i had returned multiple times to Hoshino just for this french toast. They serve their french toast in small rectangular blocks of thicker-than-usual toast and is wrapped by a layer of sweet egg coating. Unlike our Singapore’s version which is normally pan fried, Hoshino’s version is toasted and there’s almost zero or very little presence of grease. 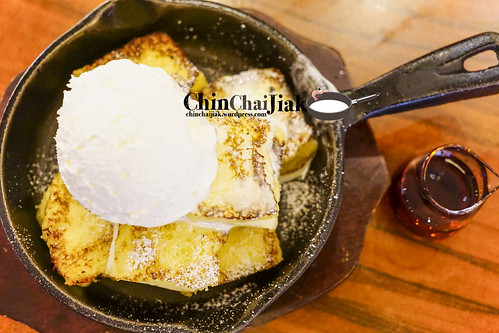 The homemade whipped cream is unlike those typical whipped cream that is out in the market. The texture is very compact, with very little air folded in and it melts in your mouth. It’s very lightly sweetened and is filled with milk and butter fragrance. This is my regular order when i visit Hoshino. 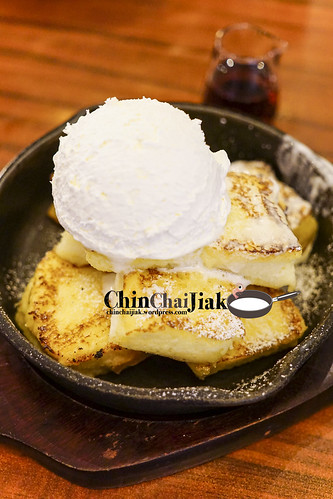 Although Hoshino doesn’t has the most exciting and most innovative menu, their main courses that I had are rather fine and I consider it as one of the better restaurants at Plaza Singapura in term of taste. However, if the pricing is taken into consideration, some people may think that it’s not exactly worth it because for a similar price, we can find something better elsewhere. 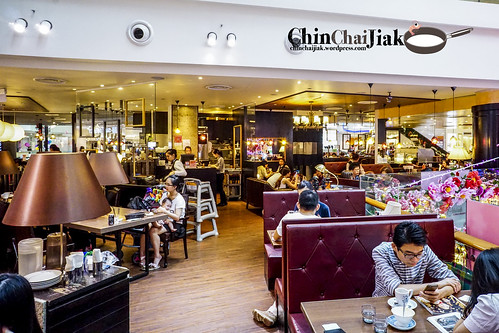 For me, it’s good enough, and the location is rather convenient for me, and thus the multiple visits. However, most of the time, I will just have a cup of caffe latte and their french toast. i will only occasionally order their main course when I’m feeling a little richer. 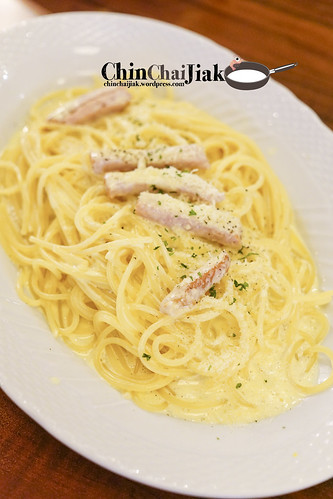 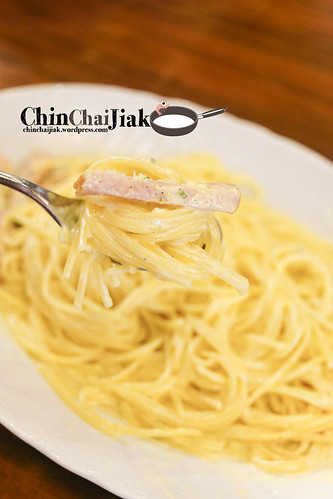