I only planned to visit Fook Yuen for the sake of eating a variety of food. I thought it may be a good idea to look for some Chinese-style dessert in Hong Kong. Though Fook Yuen enjoyed some good reputation online, i am paying a visit with little expectation. But in the end, I returned to this eatery for consecutive nights. 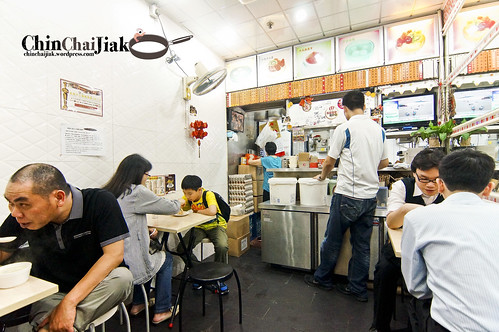 I’m sitting at one of the four indoor tables in the small eatery.

Fook Yuen is a very small dessert eatery near Fortress Hill station (炮台山). There are only four tables with a very limited seating capacity. They sell many kinds of dessert but when asked what is their signature and best seller, the boss is proud to declare – their Glutinous Rice Ball. There are many kinds of base (almond milk, sesame paste, sweet potato, papaya fungus, walnut paste, peanut mix etc) and top up HK$7 to add three rice balls. 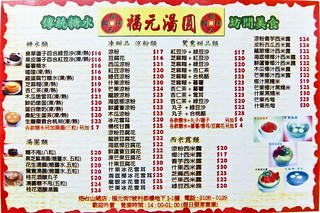 The texture of the glutinous rice ball is rather different from Singapore’s. The skin is super thin, but doesn’t break easily. It’s super soft, chewy and very Q and it’s as if i am eating a piece of sticky muah chee (mochi). As the thin skin tears off, the overflowing sweet grainy black sesame oozes out from the Glutinous Rice Ball. 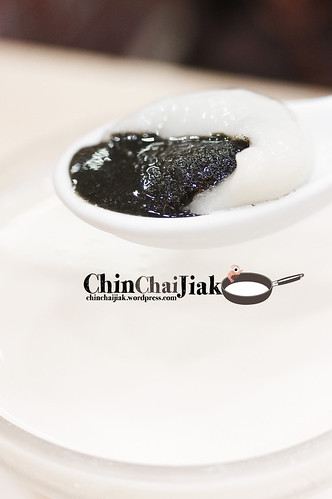 Upon the first seep, the fragrance of the hot black sesame literally gushed upon my nose and mouth. Every subsequent mouthful of the chewy glutinous rice ball with it’s rich and flavourful filling is an enjoyment. Although the filling is slightly sweeter than our Singapore Ah Balling, the less sweet almond milk balance it up.

Unlike our Singapore version where they serve Glutinous Rice Ball in Almond Paste, the thick and gluey paste is fighting for attention with the Glutinous Rice Ball. Fook Yuen’s almond milk adds on the fragrance of almond to the overall taste with only a tinge of sweetness and compliment the rice ball really well.

Comparing to what we found in Singapore, Fook Yuen’s skin is much thinner and the fillings are much fuller. This is the best Glutinous Rice ball that i ever had. 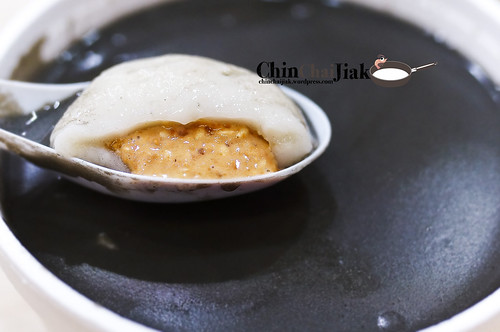 I also had their Peanut Rice Ball in Sesame Paste. My choice is still the Almond Milk version.

Apart from the soupy Glutinous Rice Ball, Fook Yuen also offers the dry version at HK$20 that is known as 汤圆糖不甩. 糖不甩 means “can’t shake off the sugar (the topping)”. I know it sounds a little funny but it actually means that the topping can’t be separated once it’s mixed with the rice ball. 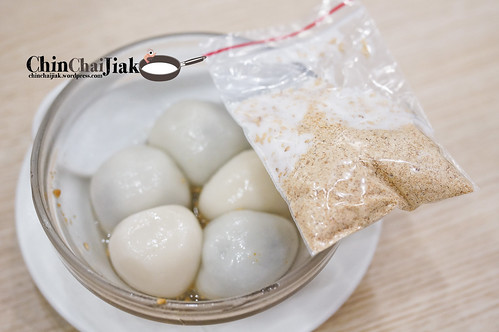 汤圆糖不甩 with a packet of peanut mix (Sugar, Coarse and Fine Peanut and Coconut Shavings)

The rice ball is the same, the only difference is they will throw in a packet of pre-packed peanut mix. Their grinded peanut has both fine and coarse texture with very fine sugar. The unique thing is they added coconut shavings to enhance the fragrance. I asked for three peanut and two sesame rice balls and i totally enjoyed the peanut fillings as much as the sesame. 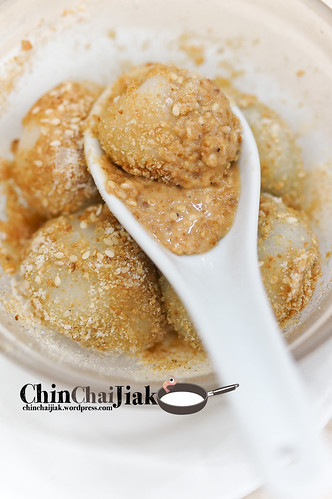 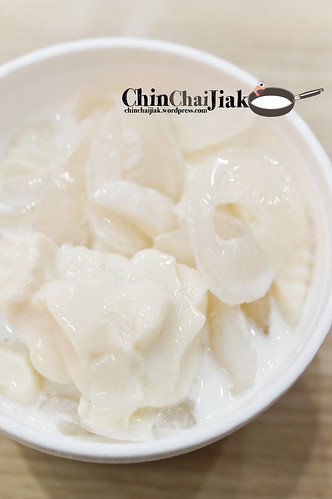 I also tried their sea coconut dessert as i thought “they can’t be only good in the Glutinous Rice Ball right?”. And base on just this dish, yeap, they are.

When I visit Hong Kong, i have a list of fixed things to eat and list of a new eateries. At the end of the day, some new eateries will be stroke off and some will be “promoted” and Fook Yuen just got “promoted” into my to-return list. How can i not return to the stall that sells the best glutinous rice ball that i ever had. 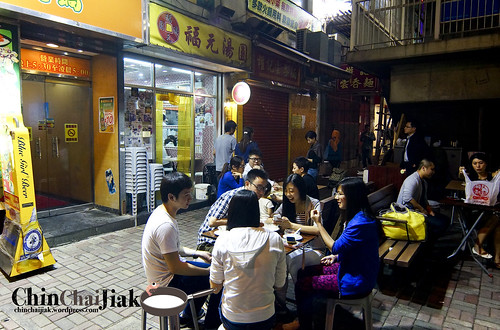 The location is really accessible, there’s always enough stomach space for dessert and taste is good so I can’t really find a reason to not love Fook Yuen. I can never guess that such a simple dish can be that satisfying.

Although on the map, Fook Yuen seems to be a short distance away from the MTR exit but it’s really near. It’s like just directly opposite the MTR exit of Fortress Hill 1. Come out from Exit B of Fortress Hill 2. Look for an overhead bridge 3. Cross the bridge to the opposite side 4. Fook Yuen is directly below the bridge, on the right, as shown in the photo at the conclusion section. 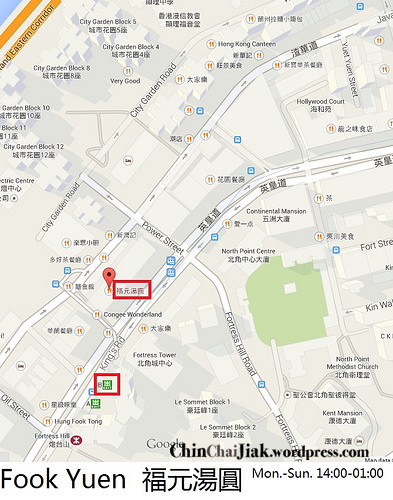